Drunk at work? No, just resting...

I know I don't get enough sleep. I really struggle with it. There's always so much churning around in my head that it takes quite a long time to fall asleep, and once there, I am prone, like very many, to waking in the middle of the night with the mixer still on, seemingly only able to drift off once again just before the alarm sounds...

So when my colleagues in the CSR team arranged a lecture by Dr Vicki Culpin of Ashridge Business School on the topic of sleep I was one of the first to sign up. Quite simply, it was one of the best talks I've attended in a long time. 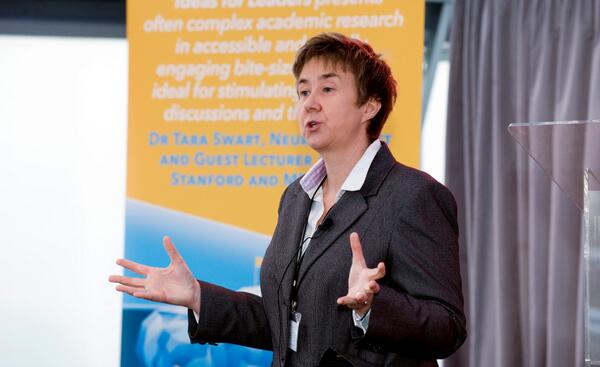 Culpin is a very engaging speaker, and as the string of letters after her name will attest, immensely qualified. This gave her a great mix of both style and substance. Speaking to the first of two "sell out" audiences in the lecture theatre at our Bristol office, the first part of Vicky's talk was a simply presented lecture backed up by artfully simple slides presenting eye-catching facts that enabled her to elaborate on her subject.

Reduction of sleep by only 1.5 hours per night for only one night can result in a reduction of daytime alertness by 32%

Perhaps the one that made a big impact on the group was the revelation that 17 hours of sustained wakefulness can lead to performance impairment equivalent to drinking two glasses of wine. To put it another way, if you've been on the go since 6am (easy enough when, say, commuting to London) by 11pm you're as good as drunk (even without hitting the FGW buffet carriage bar on the way home), so forget about working late to finish that report for the next day - you just won't be able to do it justice. In our context, financial services, this was considered a very real risk end-of-quarter or end-of-year results time when our actuaries/finance department can be working incredibly hard to get the numbers together.

The real value of Culpin's expertise, however, become all the more apparent in the the second half or more of her talk. She parked PowerPoint in favour of responding to questions from the keen, and unusually alert audience. I won't list everything she said, but here are a couple of key points that I scrawled down:
There was loads more that I could relate, but I would suggest that if you want to know more then the best you can do is look to get your company to book Dr Culpin. Given the risk of damage to your business that a load of people behaving as if they are drunk might cause, you should be able to get a solid case together.